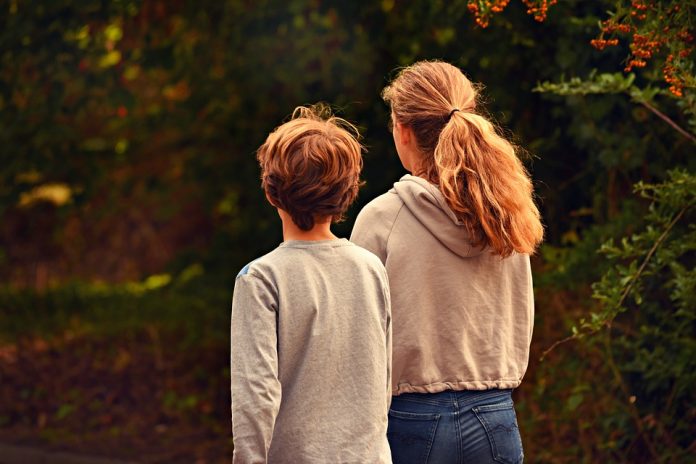 The last thing anyone wants to think about is the potential for their friends, family member, or any other loved one passing away as the result of suicide. However, with the rising statistics, we’re more likely to know someone who has than hasn’t. According to the Centers for Disease Control (CDC), suicide is the 10th leading cause of death in America and continues to be one of the three leading reasons remaining on the rise. John Bacon of USA Today reported, “In 2016, suicide became the second-leading cause of death for ages 10-34 and the fourth-leading cause for ages 35-54. Last year, 47,000 people committed suicide, a rate of 14 per 100,000 people. That is up from 10.5 in 1999 and from 13.5 last year.”

These are sobering statistics that are causing concern throughout the country. The main reason is that, when you look closely at them, they’re affecting people of all ages. For example, the CDC reports individuals as young as 10 being part of these suicide rates. That’s troubling for anyone, let alone those who are parents or working toward suicide prevention. It begs the question, though, what’s in place to help individuals fight off those feelings? Let’s take a look.

Mental professionals speculate over a broad range of reasons leading to the decline of life expectancies due to suicide rates. These include everything from the country’s drug epidemic to the rise in depression. You may also find some placing blame on technology, as well as the prevalent use of social media for the sharp increase in suicide rates. Despite these speculations, the decline in life expectancies makes it clear solutions are necessary. Jared Keller of the Pacific Standard writes, “What’s worse, a broader Associated Press analysis of government records indicates that American suicides are now at their highest point in 50 years. It’s now the second-leading cause of death for Americans under the age of 35.”

One of the first signals is if you notice someone you know or love withdrawing from social circles or looking for ways to end their life. These individuals may feel trapped in their situation with no other way out. You may notice that they’re either sleeping excessively or suffering from insomnia, experiencing anxiety, feeling excessive agitation, or acting recklessly in comparison to their usual behavior. These individuals may also stop caring for themselves regarding hygiene and their appearance.

How Can Ketamine Help?

David Cox of the Guardian explains, “In the US, the Food and Drug Administration (FDA) recently made the landmark decision to officially license a ketamine-related drug called Spravato as a medication for depression.” Spravato is a Ketamine-related drug that’s being used to treat depression. According to research, for those who are suffering from severe depression for lengthy periods, the use of Ketamine could potentially stabilize them.

Bill Hathaway of Yale News writes, “In the early 1990s, Yale researchers noticed that chronically depressed patients experienced almost immediate — if transitory — relief from symptoms after taking the pediatric anesthetic ketamine.” The main reason is that Ketamine has the same opioid-inducing effects as painkillers (without the addictive side effects). However, it doesn’t take as long to take effect. For example, prescribed antidepressants take weeks to go into effect. However, Ketamine is a fast-acting treatment alternative. According to a study performed by scientists at the National Institute of Mental Health, “Subjects receiving ketamine showed significant improvement in depression compared with subjects receiving placebo within 110 minutes after injection.”

What this means is that, instead of having to wait, patients could potentially feel relief within hours. What’s more, patients don’t have to use Spravato as their only treatment. There are also Ketamine infusions patients can receive when visiting clinics at various locations throughout the country, like the Pacific Ketamine Institute in Los Angeles, California, for example.

Reaching Out and Offering Help

If your loved one isn’t reaching out to you to ask for help, consider approaching them. In doing so, you may be helping them understand they’re not alone. That’s particularly beneficial for those who are experiencing loneliness, desperation, or despair. They may feel like someone is on their side, is willing to help, and hears them during their plea for help. Being there for them means ensuring you’re attentive to their situation, not talking down to them, and refraining from demanding they do things they’re not comfortable with or willing to do yet.

It’s natural for you not to feel comfortable talking to someone struggling with these issues. It’s during these instances that contacting a professional is optimal. They’ll help provide with guidance regarding the best things to say, as well as the most useful resources to embrace when reaching out to your loved one. The last thing anyone wants to do is make them feel backed into a corner or overwhelmed. For example, if you bring up Ketamine Infusion Treatment, do so in a way that is informative and helps them understand that it’s a treatment method that helps support their overall health.

Where Can You Go for Help?

If you know or love someone who is experiencing suicidal thoughts, the Pacific Ketamine Institute has professionals on stand-by ready to help. They focus on Ketamine Infusion Therapy that not only treats physical pain but mental pain, as well. Their facility is located in Los Angeles, California, USA.

Social media description: The last thing anyone wants to think about is suicide. However, with the sharp increase in suicide rates, it’s becoming a national concern. Learn how Ketamine can help if you know or love someone experiencing suicidal thoughts.

Veterans’ Day: What Does PTSD Look Like In Veterans?

Mental Health Nathan Graves - November 19, 2020
0
As a parent, you grow to really appreciate the problems that have visible, actionable solutions. It’s easy to stick a band-aid on an injury...

Ketamine for Anxiety Kaeli Swaggerty - November 17, 2020
0
What is an Anxiety Attack? An anxiety attack feels like a run-on sentence. Your thoughts begin to race and your heart begins to quicken and suddenly...

Mental Health Kaeli Swaggerty - November 13, 2020
0
What is it? November 13th is a day set aside to promote kindness while shedding light on the good deeds that happen within a community....