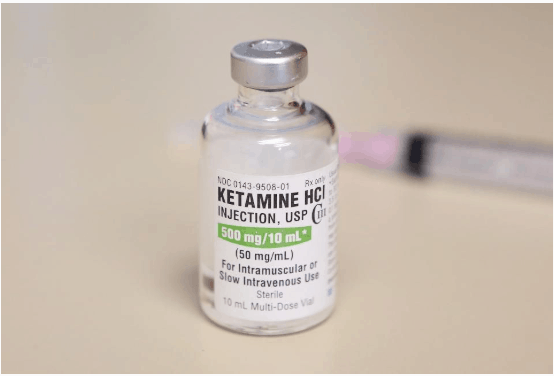 Depression is a significant problem in America affecting roughly 7% of the population. World Health Organization (WHO) reveals that approximately 350 million people worldwide struggle with depression. Although different anti-depressants drugs are available, about 30% of patients never fully recover from their symptoms. We don’t want you to be a part of that statistic.

Recently, ketamine treatments have shown significant results, particularly with patients whose depression has been resistant to traditional medications. The reason for this may be because traditional antidepressants alter the hormonal balance known as neurotransmitters in the brain to treat depression, while ketamine functions directly on glutamate and GABA receptors. Ketamine blocks these receptors, which scientists believe has a significant role in treating depression.

With this process, ketamine transforms the way that brain cells communicate while influencing other receptors in the brain such as those receptors which trigger pain reactions and cause depression. These actions differ from traditional depression treatments such as Selective Serotonin Reuptake Inhibitors (SSRIs) which work by blocking the reabsorption of serotonin.

Since ketamine works on receptors rather than altering the balance or levels of hormones, results are significantly faster than conventional drugs. This action allows many patients with treatment-resistant depression to get relief immediately from their symptoms. While traditional medications can take around one to two months to be effective, ketamine works within minutes.

Additionally, some scientists researched the overall effectiveness of ketamine on patients with treatment-resistant depression. Results indicated that most patients had significant symptoms of depression reversed.

While FDA is yet to approve ketamine treatment specifically for depression, many patients have visited ketamine clinics to get the treatment off-label. Its quick relief, especially for suicidal and severely depressed patients who have used other drugs without success, gives great hope.

Ketamine treatments usually take about one hour, and most patients return to clinics only once a week or every two weeks for a set period of time. Although the procedure is not inexpensive, many patients are willing to invest in it because of its positive results. Patients who have severe depression may get some relief in a few hours or sometimes within minutes.

Researchers are working to find the perfect ketamine dosage to treat depression. Currently, ketamine has primarily a short-term effect on severe depression. Therefore, patients must keep on visiting their health providers for infusions every few weeks to monitor their depression symptoms.

Some companies such as Johnson and Johnson are researching and developing ketamine nasal sprays. However, this increases the potential for drug abuse and so many psychiatrists and doctors are cautious about prescribing this form of ketamine. Furthermore, some health organizations believe that there still needs to be more research on the long-term effects of long-term ketamine use.

How Do You Use Ketamine Treatment the Right Way?

While ketamine treatment is useful if you are struggling with a severe depressive disorder, it doesn’t mean that you should try to use the therapy yourself without consulting your doctor.

A patient should only use ketamine under the supervision of health professionals and trained doctors who have the required skills to monitor appropriate doses for ketamine. Any other way of using ketamine will put you at severe risk for side effects and worse. Also, concerned practitioners never prescribe ketamine for patients to use at home because of the monitoring needed during the treatment.

Do you struggle with severe depression and you have used traditional anti-depressants and not found relief? Ketamine treatment through a medical facility may be what you have been looking for to feel better quickly and safely.